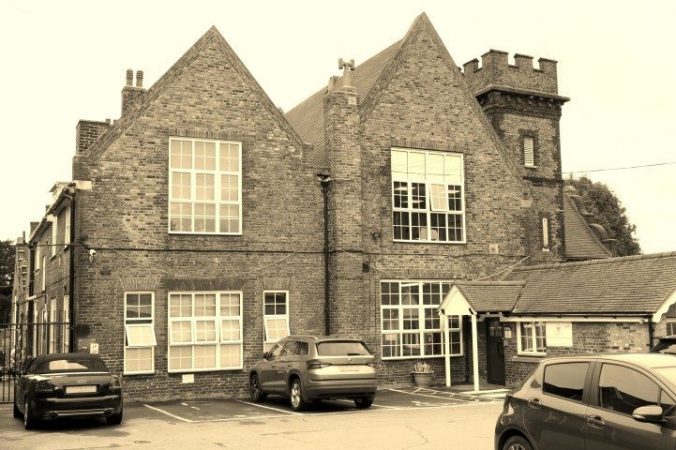 Waller Building and Glazing Services has started work on this million pound Milton Court Academy refurbishment project in Sittingbourne, Kent. The works began during the summer holidays in 2018. Renovation of the school was REAch2 Academy Trust’s chosen option rather than demolition. This is decision that has saved the trust millions of pounds and ensured that a fantastic, historic building has not been lost forever.

Formerly known as The Butts, the school was originally built in 1848. With an increasing demand for local school places, an additional building was constructed 50 years later in 1898. This was to become the boy’s school.  During this period the two buildings were separated into girls and boys schools. At the time, the two buildings certainly added to the rich architectural heritage of the era and the historic growing village of Milton Regis.

Steeped in history, the school was on the same site as the Milton workhouse. It was from the workhouse that resident children would attend the school with other local children. One of the school’s many intriguing features is a bell tower that is accessed by a spiral staircase. Additionally, a WW1 memorial feared lost was found after being put into storage. It had previously been discarded into a skip by builders and had to be rescued by a school caretaker. The memorial was “In Grateful Memory of the Old Boys of Milton Regis Schools Who Gave Their Lives in the Great War 1914-18”. This wonderful memorial has been fully restored and now holds pride of place in one of the school halls.

Legend has it that there are also a series of tunnels running under the school which were used by gangs of smugglers. In days of old the tunnels led from the local creek to nearby inns along the high street.

A new chapter for this ever evolving school is about to be written. What new tales will be uncovered and told to future generations?

The school building reflects such a rich and fascinating past and the challenge is to adapt it to cope with the demands of modern learning without losing its character and charm. With high vaulted ceilings and large wooden single glazed windows thermal efficiency is poor, resulting in high heating costs for the school. Internally, new suspended ceilings will be installed to give a modern look and will reduce high heating costs. Additionally, new aluminium double glazed windows and doors will be fitted which vastly improve the thermal efficiency of the buildings as well as increasing security. Six classrooms will be completely refurbished with each classroom being plastered and decorated in vibrant colours to create a modern learning environment. New blue aluminium doors are being fitted to match other areas of the school which will complement the school colours.

A new glazed reception will also be added which will add light and provide more office space for staff. The addition of a canopy will provide a covered area for parents to wait for their children. Also receiving a full makeover is the staffroom, school offices and toilet blocks.

As well as the refurbishment works, Wallers are installing a new central heating system throughout the school. This will reduce the heating costs due to the modern system being installed and will improve the overall thermal efficiency. Waller Associates is very proud to be appointed for this local project. We are looking forward to working with REAch2 Academy Trust and Milton Court Primary Academy.

For information on other building and glazing projects that we carry out in schools, please click on the following link https://wallerservices.com/schools-education-clients/

Visit our twitter page to see what we are up to at the moment https://twitter.com/BuildingOnTrust

Having previously worked for a major trade supplier in the construction industry where he started his career as a trade counter assistant, Mark progressed to a technical support specialist and as a company representative for 12 years. Mark enjoys building relationships with clients, whilst promoting and delivering quality products and services to customers.
View all posts by Mark Holdsworth →

This site uses cookies to improve your experience. Read more.