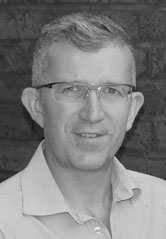 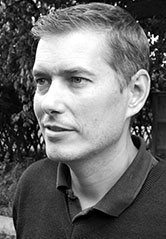 Andy completed a sign writing course in 1992 after leaving school and then took over the running of Waller Services from Bill & Jan in 1995. Under his management, the Company saw radical changes including the implementation of a new IT system. His skills in this area lead to one of the major advertising agencies calling on his expertise to help assist with IT training and revolutionise the logistics behind bill posting to what it is today. Andy made it a personal goal for Waller Services Ltd. to be the market leaders for safety in the workplace. From 2007 to 2009 Andy achieved this by scoring the highest rating of any outdoor advertising company working for Clear Channel UK. Andy is a fully qualified Quantity Surveyor and an integral part of the management of Waller Associates Ltd. 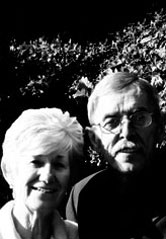 Bill and Jan are the co-founders of Waller Services. Ever since the formative days of Waller Building Services, they have been able to offer their experience and expertise ensuring that the Company has always had reliable figureheads to turn to when the need arises. They have seen the hard work they put in during their younger years translate into the success of both companies which continue to thrive today. 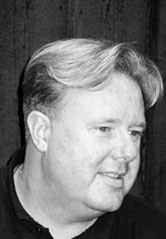 Paul Started his career as a trainee Estimator in 1982 for a large Kent based Glass Company. Over the next 27 years he moved up the corporate ladder to Group Procurement and sales Manager. With 27 Years in the industry he felt that it was time to move on to something more challenging. When the offer to work with Waller Glazing services arose it was the opportunity he was looking for, to work for a family run company with a real family feel that also has the vision and passion to strive forward. Paul is now managing a firmly established division of Waller Associates Ltd. 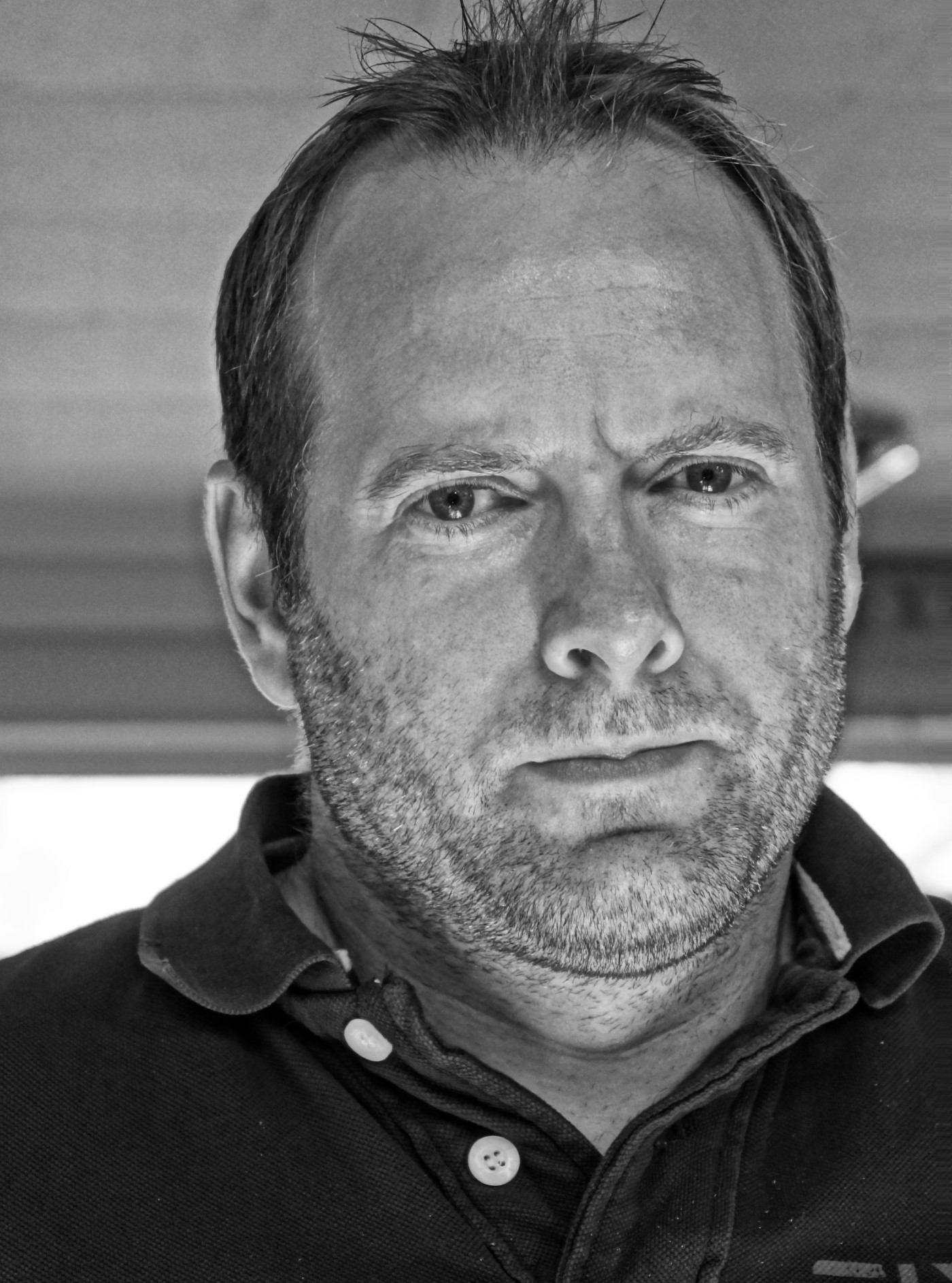 Mark joined us as our Customer Relationship Manager. He previously worked for a major trade supplier in the construction industry where he started his career as a trade counter assistant, progressing to a technical support specialist and as a company representative for the past 12 years. Mark enjoys building relationships with clients, whilst promoting and delivering quality products and services to customers. We are delighted to have Mark join our team particularly as he has been personally known by the Waller family since he was ten years old! 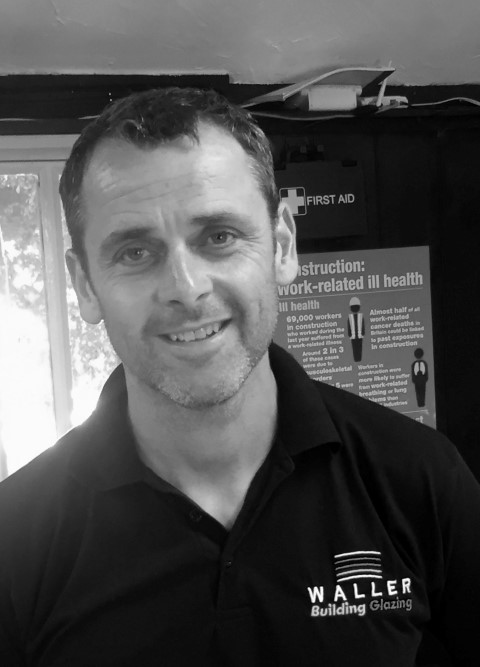 Stephen joined us in July 2018 after working for a local building company for the past 22 years. Stephen started his career as a carpenter after gaining an apprenticeship after leaving school, and moved to site management for the last 10 years. Stephen's hands on knowledge and site experience will be a valuable asset to Waller Associates and we look forward to Stephen being part of the team. 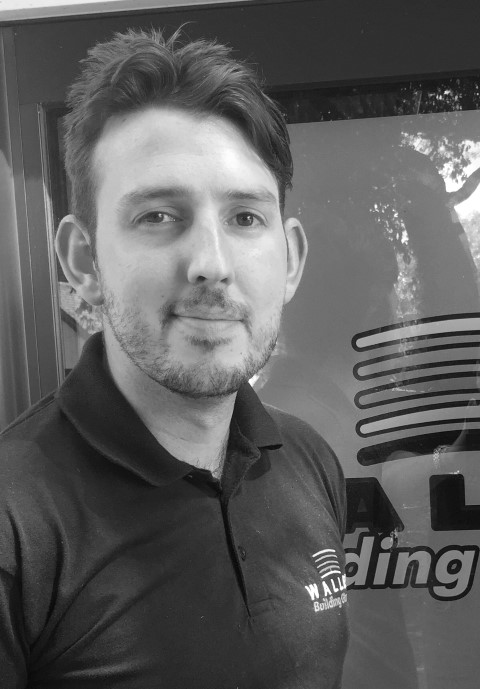 After leaving Bexley Business Academy Stephen worked as an area manager for a ground maintenance company, he then took a change of direction and worked in the education sector. Utilising the skills he had obtained from both sectors Stephen became a premises manager for a London Borough School. Stephen has joined the company at an exciting growth period and is looking forward to developing his skills as a Contracts Manager. 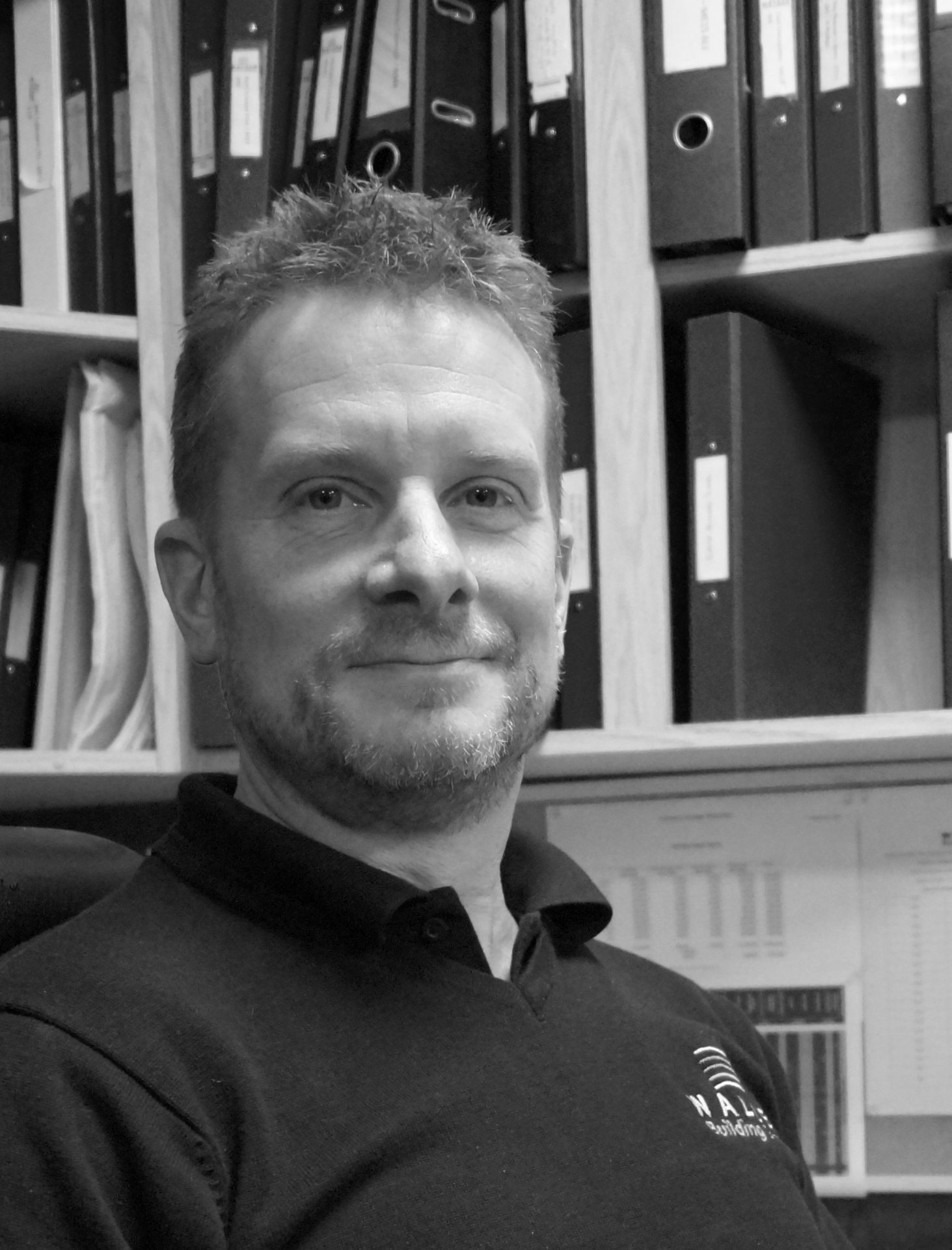 Chris started his career journey as an apprentice for a local building contractor with another apprentice, a certain Steve Waller, with whom he had also been at school. At the weekends, Chris often joined Steve making billboards for Steve’s dad, Bill, who owned a billboard poster business. As his career evolved, Chris progressed and become a quantity surveyor working for national and local contractors. In 1998 he and Caroline Webster started a company of their own which grew into very successful business. The company carried out planned and reactive maintenance, refurbishment and construction projects. In 2016 the business became a part of a large PLC with Chris staying on as managing director whilst also being appointed to the PLC board. Chris relishes working with a smaller family run business and, reuniting with Steve after over 30 years, has joined us as a Contracts Manager. He brings with him a wealth of knowledge within our industry and a cup of coffee…. or two. 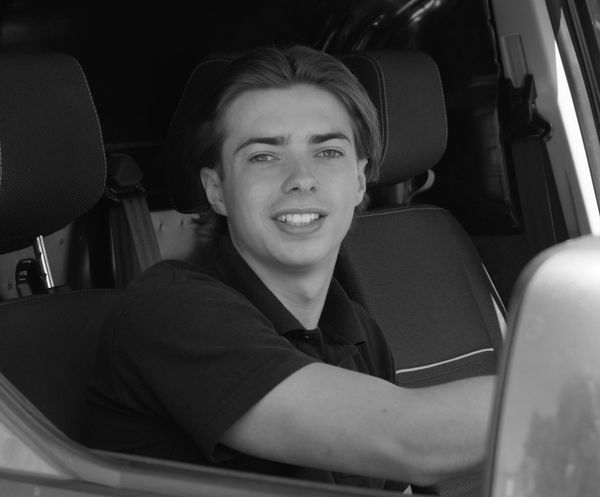 Sam joined Waller Associates Ltd on our apprentice scheme in September 2019 after completing his A Levels at Borden Grammar School in Sittingbourne. He will be continuing his studies on day release attending a construction based course at MidKent College and eventually gaining a degree in his chosen area. Sam has already completed many weeks on site work experience with us during 2018 & 2019 so is fully aware of how jobs run from the site side of things, therefore in conjunction with his college course and shadowing our senior contracts managers he can now begin to learn how to actually run the jobs from start to finish. Sam is an intelligent young man with great social skills and fits in well at Wallers, maybe because he is a Waller and is Andy's son!  He will be a great addition to our family business. 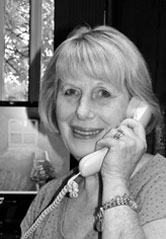 Rose joined in March 2008. Rose is extremely competent and has over 30 years experience in numerous companies including a construction firm, building society, firm of accountants and the Inland Revenue. She has overall responsibility for all the accounting and since joining us she has made a big difference and has made some great achievements. Rose fitted into the Company extremely quickly and after one week it felt as if we had all known for years! 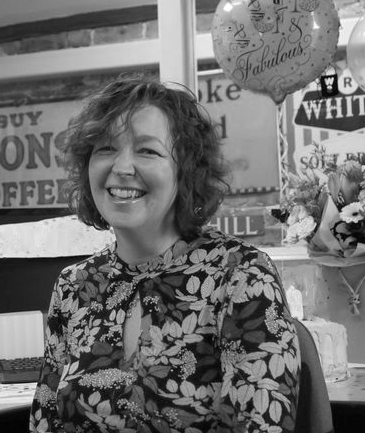 Caroline started her career working in the finance department at Mid Kent Water. After gaining a B-Tech in Business Information Technology, Caroline transferred to the I.T. department and worked with the company for a total of ten years. In 1998 she and Chris Webster started their own company which grew into very successful business. The company carried out planned and reactive maintenance, refurbishment and construction projects. In 2016 the business became a part of a large PLC with Caroline staying on as finance director. Caroline welcomed the opportunity of change and working in a family business scenario once more joining Wallers as an assistant finance manager. She brings with her a wealth of knowledge which will be invaluable to the future growth of the business. 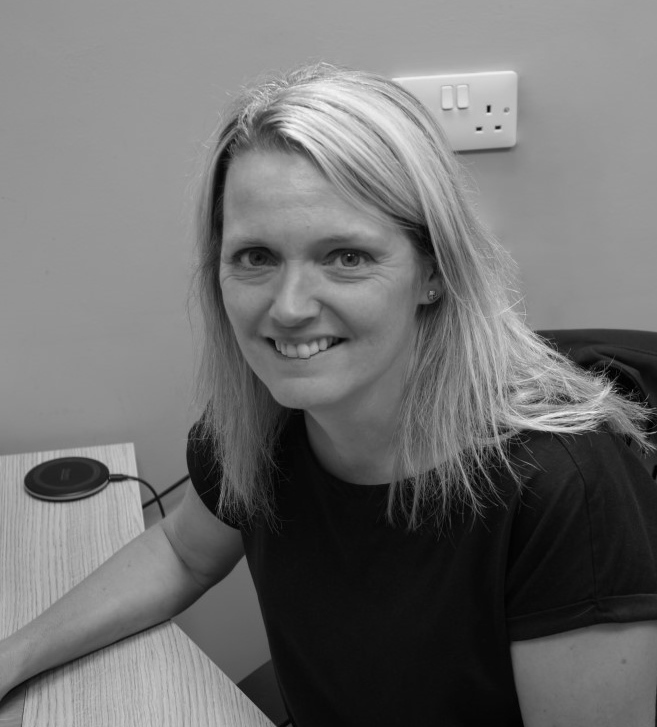 On leaving University, Jo worked for a short haulage airline company as a member of their cabin crew for two years. After a change in a career direction, Jo started a 13 year journey with a national construction company, firstly as a receptionist before working in an administration role and then becoming an assistant estimator. With a growing knowledge in her field Jo then joined a local building contractor as an assistant Quantity Surveyor and assistant estimator.  Following a successful 8 year period, unfortunately Jo was made redundant. However this is our gain, with a great knowledge of our industry she brings a skillset that will strengthen our team as we grow as a company. 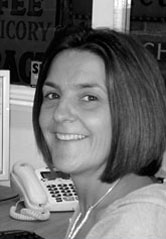 Lesley has worked within the Waller Services group of Companies since 2003. She had various roles in the advertising division, from office administrator to book keeping. In October 2011 Lesley joined the newly formed Sales & Marketing department working directly with our Customer Relations Manager. Prior to this Lesley had worked for an Advertising firm, a International Car Importer and a Commercial Door Manufacturer. This diversity of knowledge is a great asset to Waller Associates Ltd. 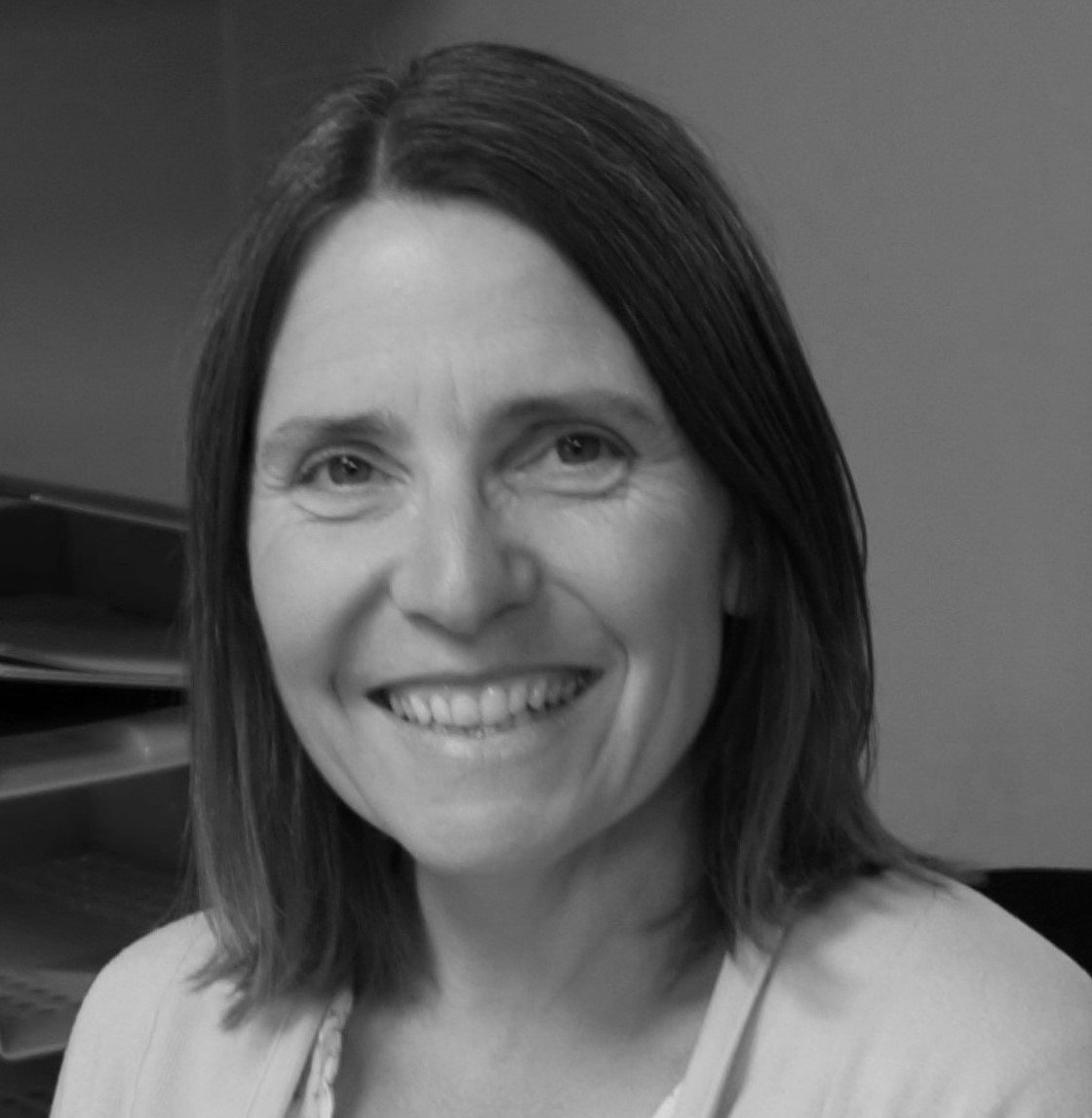 Melissa joined Wallers in September 2021. A new role was required to assist liaising with residents of housing association and charity clients. The experience acquired from previous roles ensured that Melissa's skill sets were transferable and aided her with the new position at Wallers. Previously working at a local school for a seven year period, Melissa held various positions and gained many skills along the way. Her first role was as a teaching assistant before becoming a speech and language assistant. The last two years before joining Wallers, Melissa held the position of family liaison and wellbeing officer as well as being a school governor.  As the designated safeguarding lead, the role included supporting children and families. Bringing along her knowledge, experience and bubbly personality she is a great addition to the team. 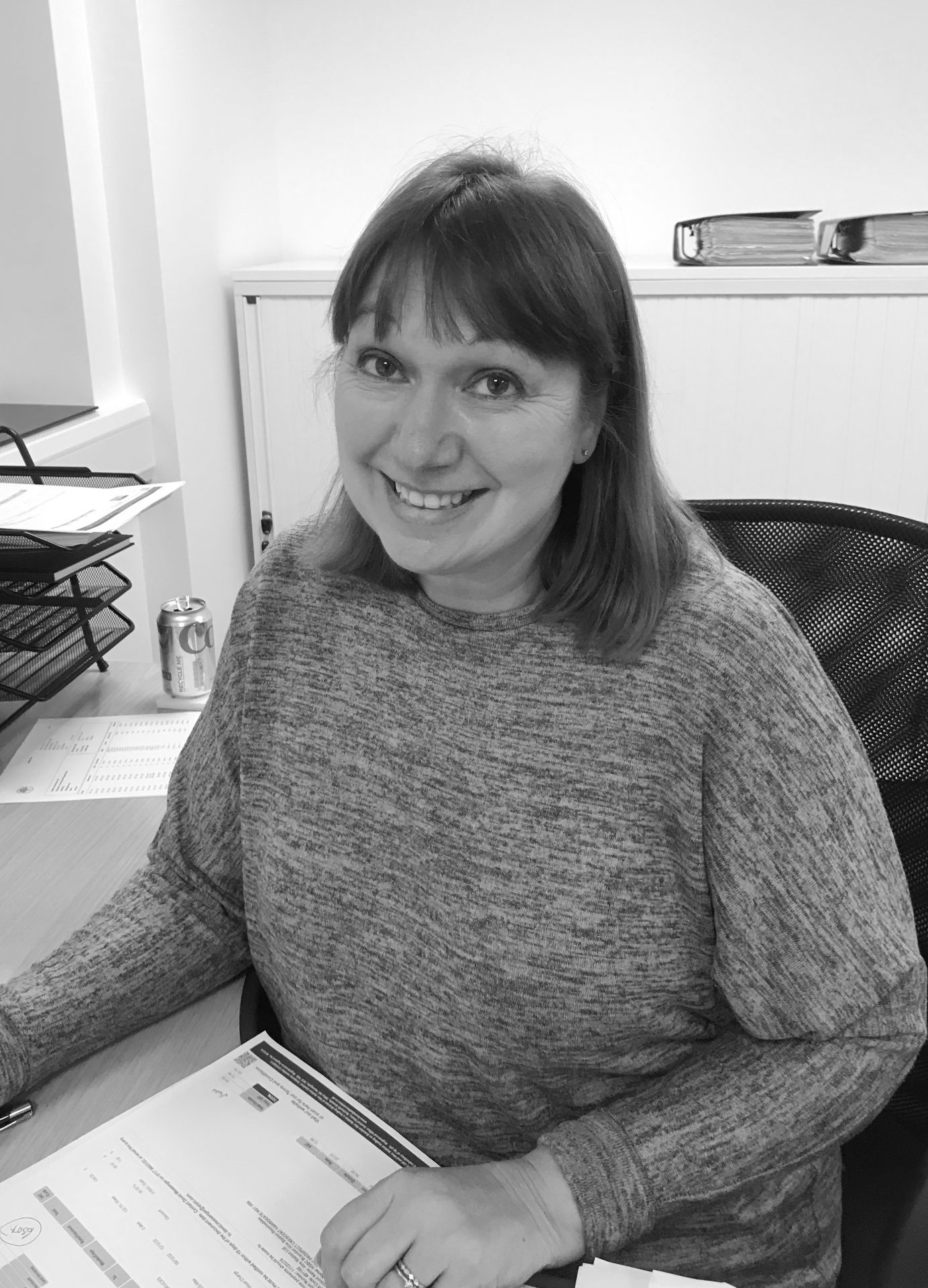 Jo has had a wide and varied worklife before joining Waller Associates which means that she adds a wealth of experience to the admin team. After leaving school, Jo worked for a stationary company for over twenty years. Her role of sales admin controller meant that she ran the office and dealt with a wide range of duties. When the company ceased trading, Jo decided to add to her skills by working in different environments. Her roles included being a sales assistant for a high street fashion chain, working at Leeds Castle, case support for victims of brain trauma and working for a tyre company. During the first Covid-19 lockdown, Jo worked in a vaccination centre offering admin support in the frontline of erasing the virus. With this impressive array of skills and experiences Jo was a natural choice to join our expaning team. 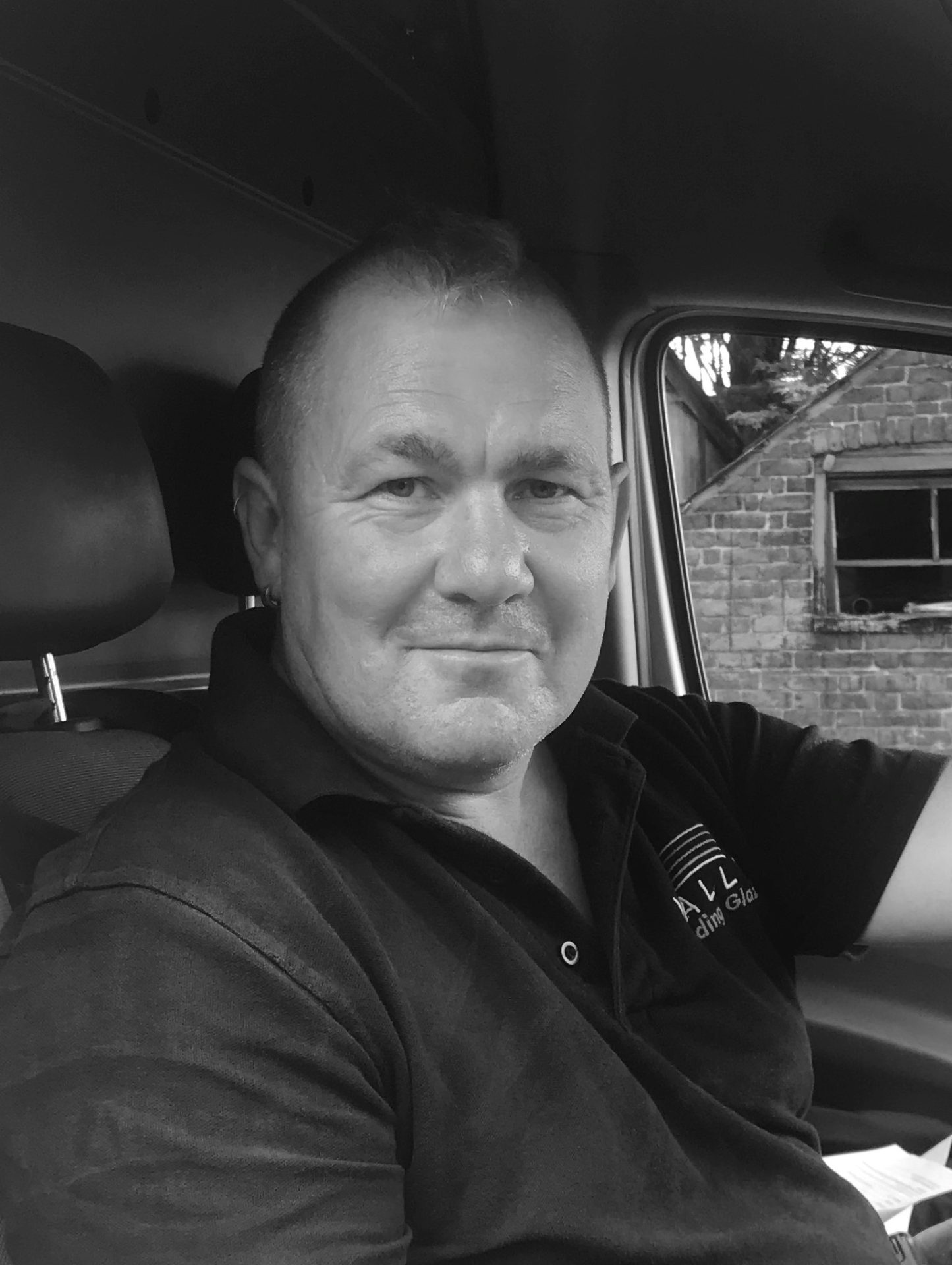 Wayne joined the company with a wide range of previous career experience. An all rounder, he has work with heavy plant machinery including concrete crushers and cranes. Good with his hands, Wayne has also worked within the construction industry and is a real handyman which is perfect for the role here at Wallers. 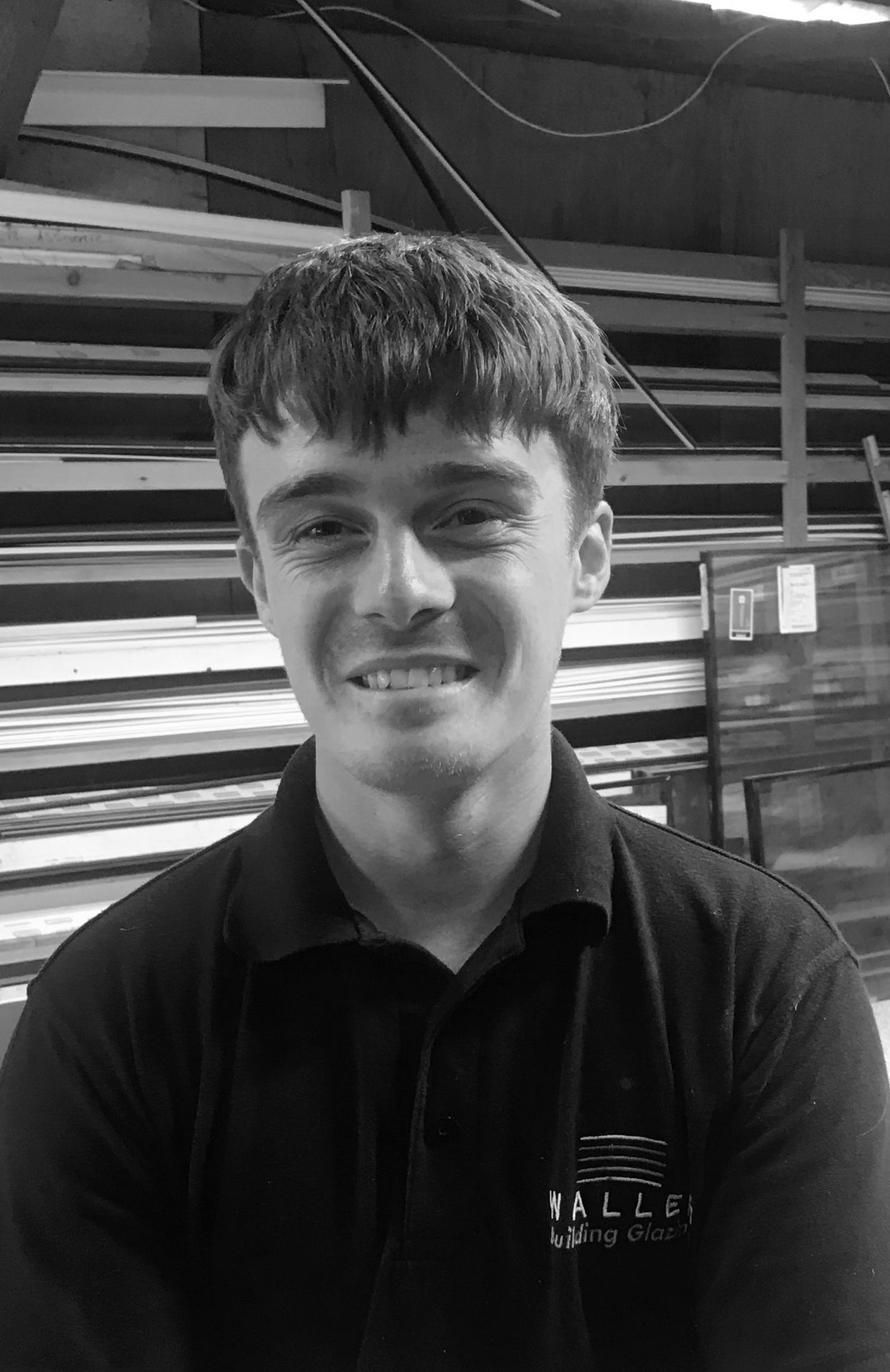 After leaving school Sam started a carpentry apprenticeship with a nation construction giant. After a while Sam decided that carpentry wasn't for him. This was when he joined us at Waller Associates as an apprentice glazier within the ever growing glazing department. After being with us for number of years Sam has now become an important member of the team as a glazing operative. 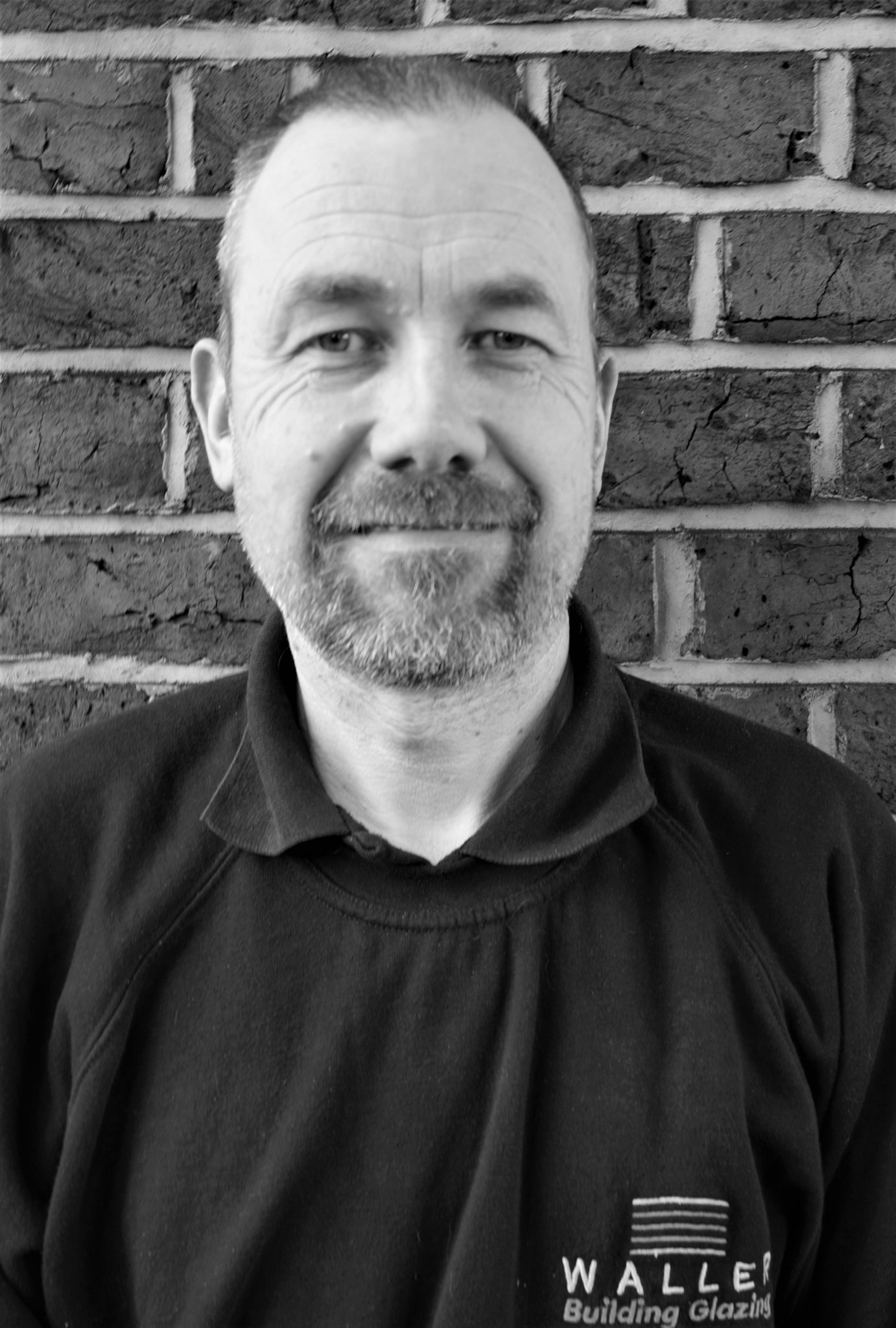 Colin has known the Waller family for over 30 years and joined the company in October 2014 as a delivery driver. Colin had been a baker since he was 15 years old and felt it was time for something completely different. In recent years, Waller Associates have undertaken more projects which prompted us to employ an additional person to help with the increasing workload. 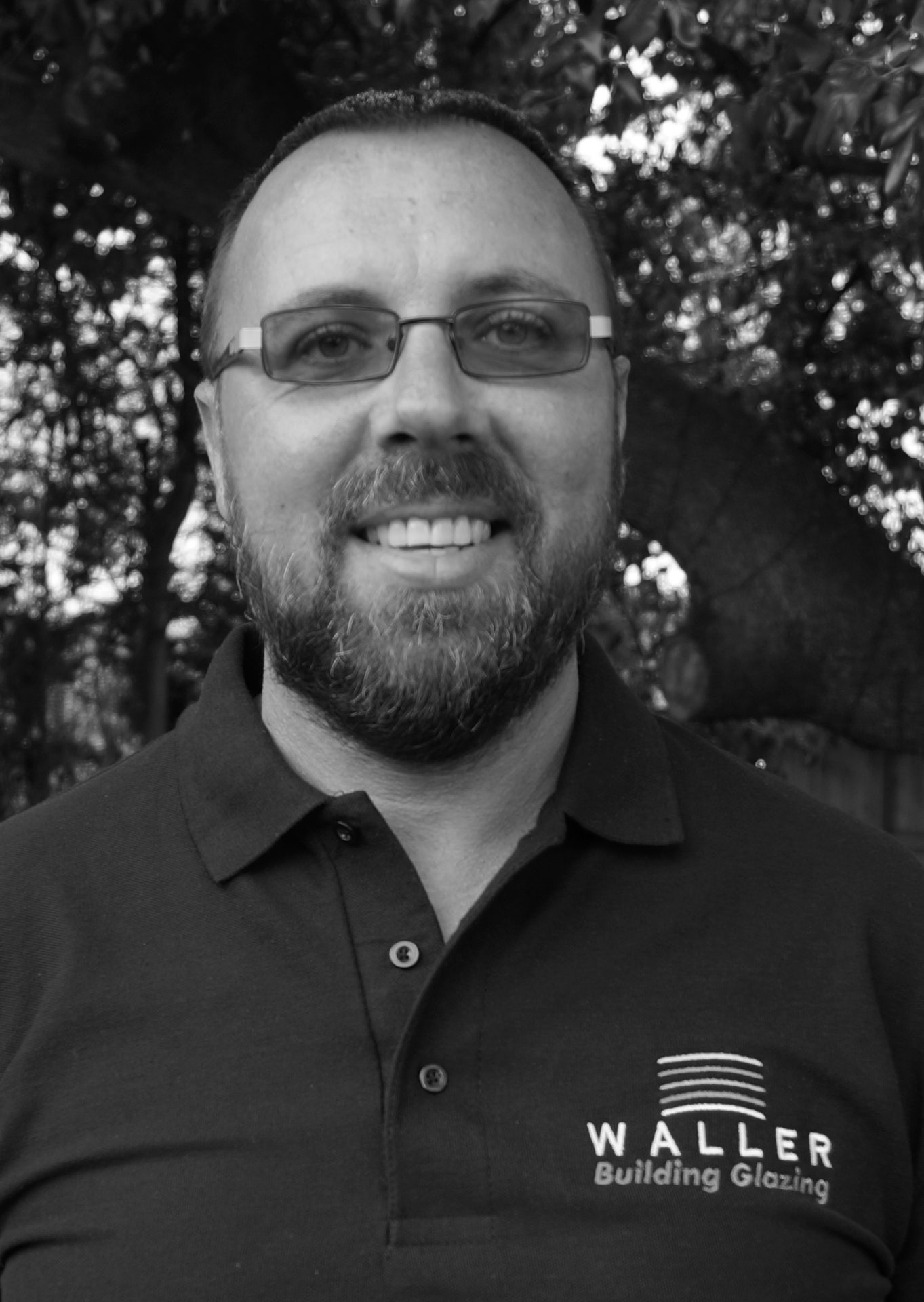 Before joining the Waller fold, Paul held various positions within different sectors. After 12 years of being a fire and security officer at a paper mill, he became a prison officer specialising with young offenders. With a change in direction, he then became a warehouse manager and delivery driver for a plumbing company which included making deliveries throughout England. Having a varied background and diverse skillset, Paul is a great addition to the company. 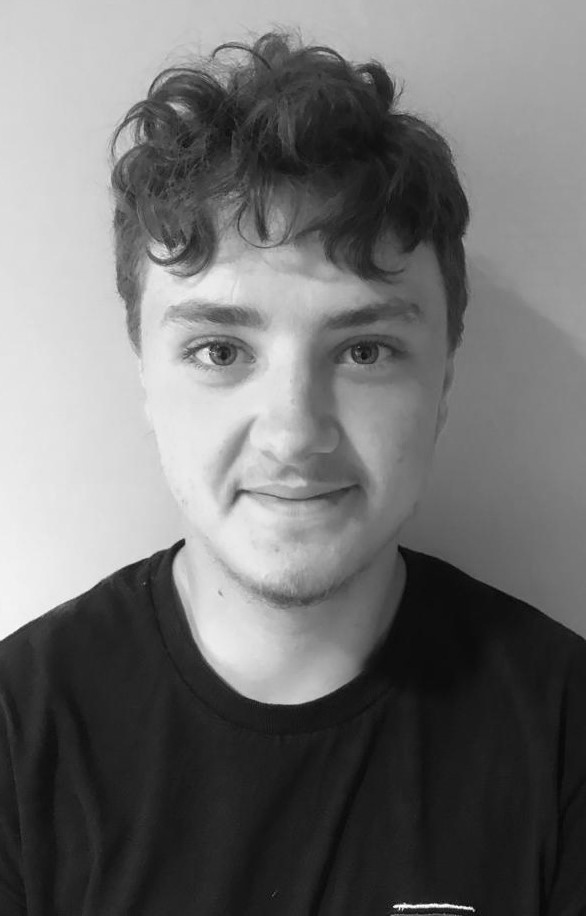 After leaving college, Louis joined a distribution company as a warehouse and distribution apprentice. After being made redundant he temporarily worked for the family business before joining Waller Building and Glazing Services as labourer.